From time to time our Creative Homes groups have chosen to share the work they have developed with friends, family, peers, neighbours and other Bubble groups.

Part of our annual Creativity & Wellbeing week programme for 2018.
Origins and Ripples invited people to see, hear and taste some of work our groups have created based on their stories, lives and interests.
The afternoon included a performance piece inspired by stories of rice; sound art inspired by domestic sounds and objects; and movement choreography and tales around themes of home.

Our Creative Homes group at Silverlock SHU have been devising a series of sketches focusing on bullying in a secondary school.  Keen to share their work with a younger audience, we invited some of our Bubble Young Associates (BYA), who have previously devised and toured their own shows to secondary schools during their time as Young Theatre Makers to see their first performance.  Our BYAs also created some short scenes, inspired by stimulus given to them by our Silverlock group.
They groups enjoyed a shared workshop, performed for each other and talked over drinks & refreshments.
With thanks to Age UK for their financial support of this event.

This year our longest established group have devised their own comedy sketch which they are taking on tour to other Bubble groups in the Borough.
Set in a chocolate factory in Tooley Street, join a vintage Casanova and his workers as their in-house shenanigans are revealed.
Remember the truth always comes out…
Performed by residents of Frank Whymark House & Ronald Buckingham Court sheltered housing accommodation in Rotherhithe.

In collaboration with staff at Pedworth SHU, their summer party brought together two neighbouring Creative Homes groups and other residents for music, singing, craft activities and a BBQ lunch.
With thanks to Age UK for their financial support of this event.

Our Winter Festival brought together groups across Bubble’s Creative Elders programme on a small tour across the sheltered housing schemes in which Creative Homes takes place in Southwark. There were sharings of groups’ creations, music, a song or two, definitely laughing…oh, and some tea, a sherry and plenty of Christmas cake!

Creative Homes members from Abbeyfield Court came together with a group of children from Redriff Primary school to share their puppetry performance about a family of swans living on the lake which between the school and Abbeyfield.

Creative Homes members from Frank Whymark House and Ronald Buckingham Court performed a series of choreographed songs at the Albany’s 21st Century Tea Dance to an audience of over 100 people. 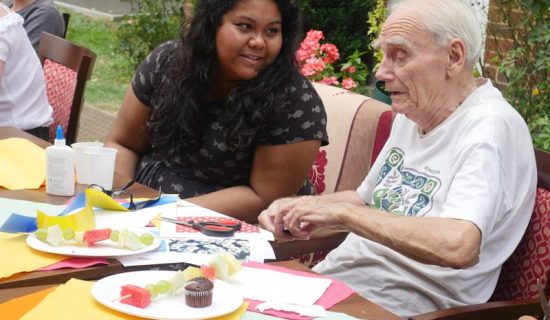 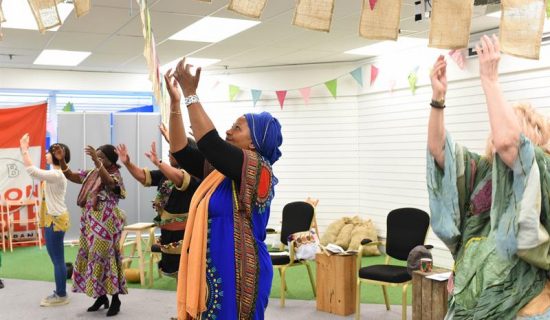 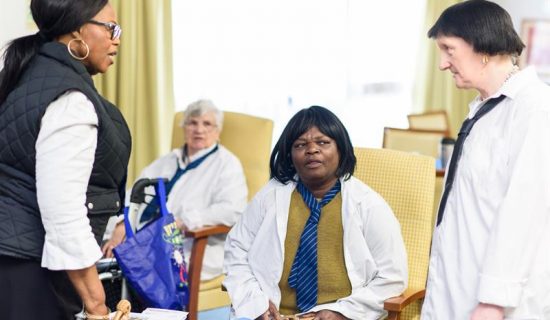 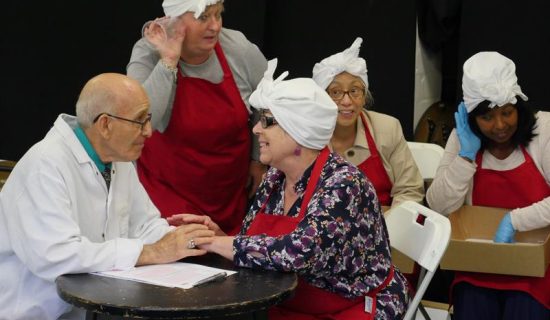 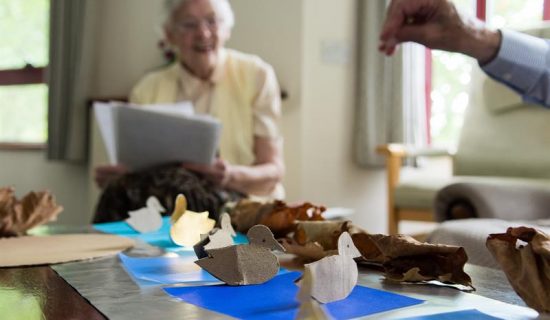 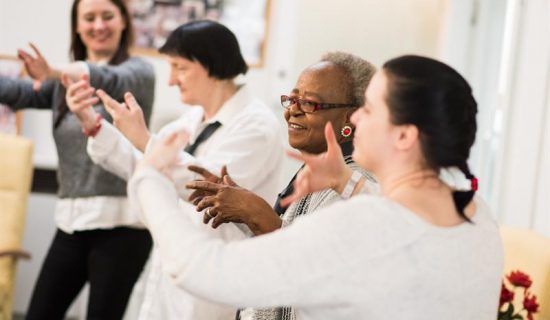 Back to Tea Break Theatre