The Grandchildren of Hiroshima is the culminating production of an oral history and performance project, rooted in interviews between children in Hiroshima and survivors of the atomic bomb and brought to life by a intergenerational, community cast in August 2015 – the 70th Anniversary of the Atomic Bombing of Hiroshima.

Performed at the Aster Plaza Theatre in Hiroshima in August 2016.
Co-Directed by Jonathan Petherbridge and Yorie Akiba.  Produced by Marigold Hughes 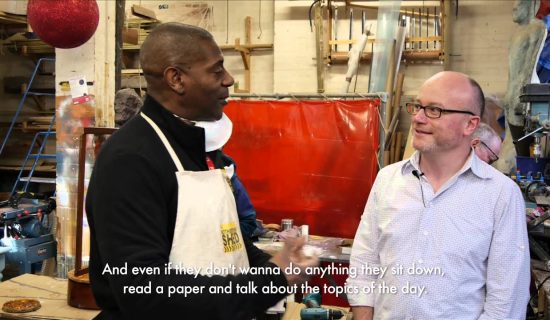