The Measuring of the Mayflower

The rescheduled Measuring of the Mayflower took place on Sunday 30th September at 3pm. 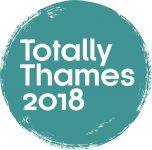 As part of the ongoing community research project, Charting the Mayflower, London Bubble invited local people to participate in a Performance Research Experiment to re-create the space that passengers had on the ship.

At 3pm on the 30th September 2018 people started to assemble in Kings Stairs Gardens as Michael Breakey and members of the the Rotherhithe Shed measured out the known dimension of the Mayflower. As they arrived the members of the public were assigned passengers, with names and dates of birth and death – as far as is known bearing in mind while some passengers are well documented, others are hardly recorded. Each was given a biography of their passenger, and a strip of fabric correlating with the length of their life in the ‘New World’.

The London Sea Shanty Collective sang ballads and shanties which was interwoven with text telling of the Ship’s leaving from Rotherhithe in 1620 – listing the crew members and provisions. Surrey Docks Farm provided the sheep, goats and chickens who ‘boarded’ the Ship along with the passengers and crew.

132 people participated in the experiment – the exact number of passengers and crew that history tells us sailed on Mayflower. It should be noted that in 1620 one of these was yet to be born and arrived during the voyage. In 2020, baby Oceanus was played by Roy aged 82, an ex Docker who now lives in Ronald Buckingham Court, Rotherhithe.

This event was part of Thames 2018 festival. 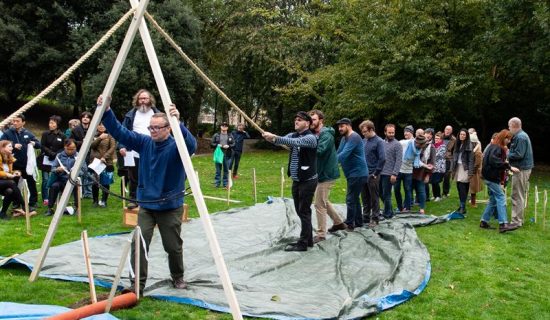