Join us for a critical discussion during Refugee Week with Georgie Wemyss and Darren Chetty about the legacy of the Mayflower voyage.

The event is part of London Bubble’s Charting the Mayflower project, which has been exploring the history and contemporary resonances of the Mayflower voyage since early 2018. Weekly workshops begun by researching and sharing the story, and inviting people to tell their own stories of leavings and family moments of resistance. The project is bringing together artists, historians and people of all ages to discover the history and understand its global significance.

This discussion will explore how we can mark the 400th anniversary of the ship’s sailing alongside histories of empire, colonialism and migration.
What are the questions we need to ask to broaden out the story from a straightforward narrative of progress?
How were the people who travelled on the Mayflower changed by the voyage, and by the encounter?
How has the world been changed by the encounter?

Georgie Wemyss is a lecturer in social sciences at the University of East London and co-director for the Centre for research on Migration, Refugees and Belonging. Her book The Invisible Empire: White Discourse, Tolerance and Belonging explores how differing narratives of Britishness obscure colonial histories in ways that work against the belonging of second and third generation British citizens in the present.

Darren Chetty is a writer, teacher and researcher. He has published academic work on philosophy, education, racism, children’s literature and hip-hop culture. He is a contributor to the bestselling book, The Good Immigrant, edited by Nikesh Shukla and published by Unbound.

Refugee Week is a nationwide programme of arts, cultural and educational events that celebrates the contribution of refugees to the UK, and encourages a better understanding between communities. This year it takes place between 17th and 23rd June.

Contact Georgia on georgiac@londonbubble.org.uk or 020 4237 4434 for more information, or book your free place using the form below 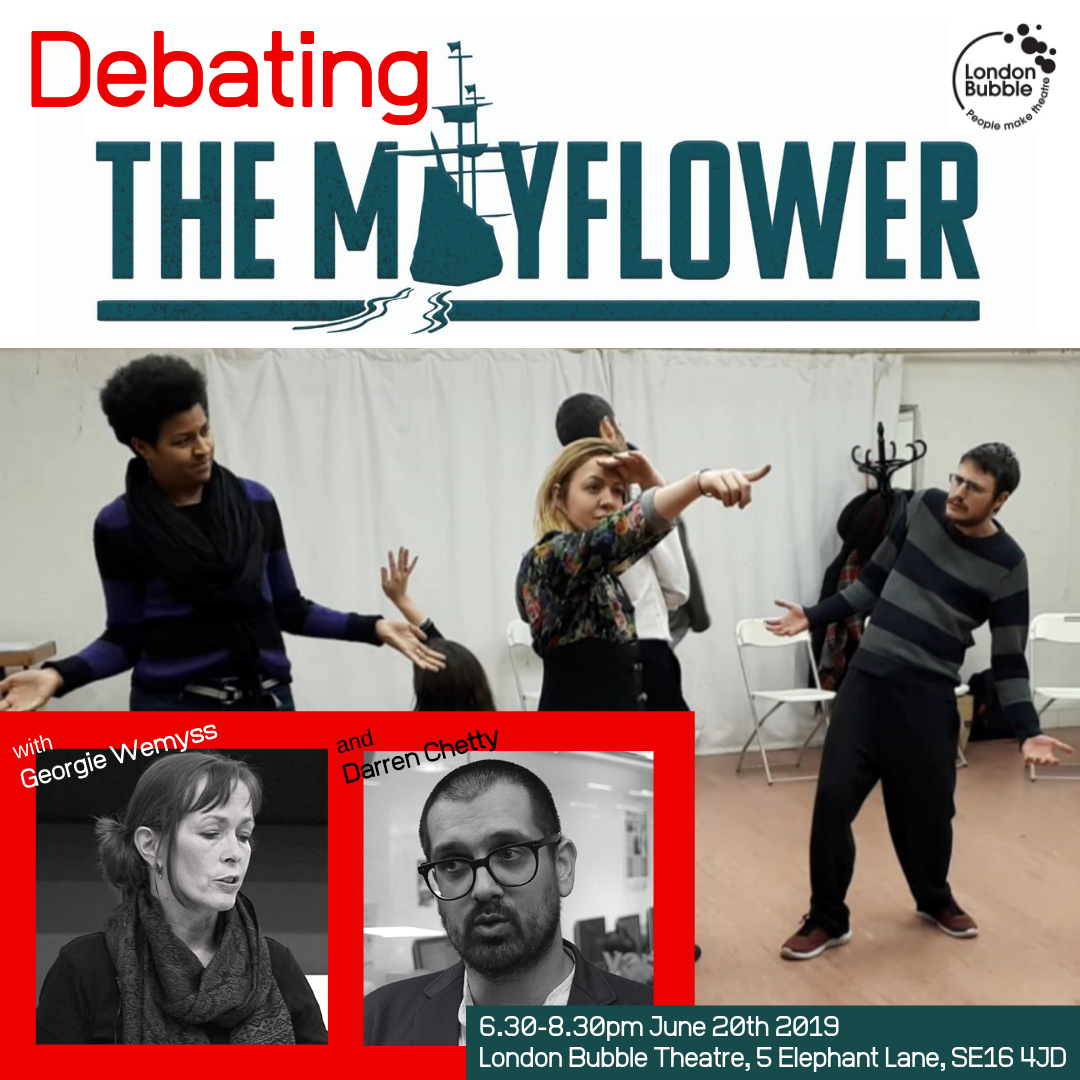