A host of exciting, contemporary writers are taking part in South London Stories.

Working with our Young Theatre Makers, they will create a character and story rooted in South London. 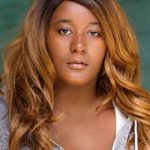 London based Writer and Actor Yolanda Mercy’s first play was On the Edge of Me presented at Soho Theatre where she is currently on attachment (as a Soho Six).  Earlier this year saw her television writing debut with BBW, a comedy drama for Channel 4 as part of their BAFTA nominated anthology- On The Edge. Yolanda is a published author with Oberon Books for Quarter Life Crisis. Quarter Life Crisis won the Underbelly Untapped award, toured to venues such as Underbelly and Soho Theatre plus was adapted for Radio by BBC radio 1xtra. The piece is currently in The Bridge Theatre’s new autumn season. 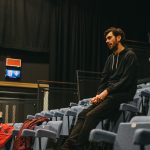 Toby Clarke is a Director, Playwright & Acting Coach. His most recent production, Warheads (Park Theatre, 2019), was nominated for an Olivier Award. As a Writer, he has been shortlisted (IMAM, 2013) and longlisted (Me., 2019) for the Bruntwood Playwriting Award and his plays with Sketty Theatre (sketty.org.uk), toured nationally to critical acclaim. He is currently Young Company Director at Stratford East and Rep Company Director at Theatre Peckham. 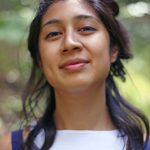 Nicole’s plays have been on at several London theatres including The Arcola, The Bunker and Southwark Playhouse. Her playwriting training includes Royal Court, Kali, Tamasha and Royal Central. Nicole’s plays tackle global issues from intersectional perspectives.  She is currently developing OCO-2 a dystopian play about the climate crisis, which has been nominated for the 2019 Alfred Fagon Award, for production in 2021. 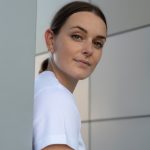 Cecilia Knapp is a poet, playwright and novelist. She is the current Young People’s Laureate for London. Poems have appeared in The White Review, Magmaand Bath magazines. She was featured in British Vogue as one of the UK’s young writers to watch. She was shortlisted for the 2020 Outspoken poetry prize and long listed for the 2020 Rebecca Swift Women’s prize. Her debut novel is forthcoming with The Borough Press (Harper Collins.) She teaches creative writing in a number of settings, including as one of the lead tutors for The Roundhouse Poetry Collective. Her plays Losing the Night and Finding Home opened to sell out London runs and completed national tours.

Sid is an actor, writer and facilitator. Recent acting work includes Unprecedented for the BBC and the film Dolittle. As a writer, he’s currently part of the Associates Scheme at Rifco and trained with the Writers’ Lab at Soho Theatre. He regularly facilitates anti-extremism workshops for Reveal Theatre Company. 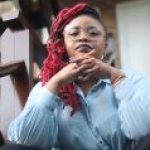 Siana Bangura is a writer, producer, performer and community organiser hailing from South East London, now living, working, and creating between London and the West Midlands. Siana is the founder and former editor of Black British Feminist platform, No Fly on the WALL; she is the author of poetry collection, ‘Elephant’; and the producer of ‘1500 & Counting’, a documentary film investigating deaths in custody and police brutality in the UK. Siana works and campaigns on issues of race, class, and gender and their intersections and is currently working on projects focusing on climate change, the arms trade, and state violence. Her recent works include the short film ‘Denim’ and the play, ‘Layila!’.

Siana was an artist in residence at the Birmingham Rep Theatre throughout 2019, working on her debut play and is a Jerwood supported artist throughout 2020. She is also a workshop facilitator, public speaking trainer, and social commentator. Her work has been featured in mainstream and alternative publications such as The Guardian, The Metro, Evening Standard, Black Ballad, Consented, Green European Journal, The Fader, and Dazed as well as the ‘Loud Black Girls’ anthology, presented by Slay In Your Lane. Her past television appearances include the BBC, Channel 4, Sky TV, ITV and Jamelia’s ‘The Table’.

Across her vast portfolio of work, Siana’s mission is to help move marginalised voices from the margins, to the centre. 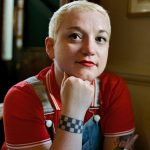 Natalie Mitchell writes for television, theatre and radio. In 2017 she was named on the BBC Talent Hot list, and in 2019 she was the only writer on the Edinburgh TV Festival’s Ones to Watch scheme. She is currently under commission to Warts and All Theatre Company; working on an adaptation of The Emergency Zoo for Red Planet pictures, and her podcast drama series The Piper (co-written with Vickie Donoghue) will premiere on BBC Sounds in Autumn 2020.  Natalie specialises in writing for young adults- plays include Crawling in the Dark at the Almeida; When They Go Low for the National Theatre Connections programme; Germ Free Adolescent as part of the Bunker Theatre final season; and To My Younger Self which toured prisons and schools for Synergy Theatre. She has also had plays presented at the Royal Court, Soho, Hampstead and Theatre 503. TV includes episodes of Ackley Bridge, Holby City, Doctors, and several years as a core writer on EastEnders. Radio includes Proud for BBC Radio 3 and The Man Who Sold the World and Hidden Harm for BBC Radio 4. 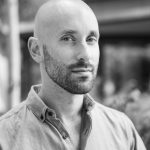 Evan is a Canadian-British playwright and screenwriter who lives in London, UK. His debut play Mother of Him won the inaugural RBC National Playwriting Award at the Tarragon Theatre in Toronto, the King’s Cross Award in the UK, and the Samuel French Canadian Play Award in the USA. The play went on to be produced internationally and was adapted for BBC Radio. It was recently revived at the Park Theatre, London. His other plays include Girls Like That (Birmingham REP, West Yorkshire Playhouse & Plymouth Theatre Royal); Orange Polar Bear (Birmingham REP/National Theatre Company of Korea); Keepy Uppy (UK tour), Consensual (NYT/West End), Jekyll & Hyde (Birmingham REP/West End), Pronoun (National Theatre), WiLd! (UK tour), Scarberia (YPT, Toronto & York Theatre Royal, UK) Holloway Jones (Synergy/Unicorn), How was it for you? (Unicorn), and Banana Boys (Hampstead).  Awards include: Jugend Theatre Preis Baden-Wurttemberg (Germany), Scenic Youth prize (France), Brian Way Award, Royal Society of Literature’s Literature Matters Award and Writers’ Guild Award for Best Play for Young Audiences (all UK). He was Creative Writing Fellow at the University of Southampton and teaches playwriting for the National Theatre and in prisons. His work continues to be produced around the world, and he is currently under commission to the National Theatre, Out of Joint, and Synergy Theatre, as well as writing numerous projects for film and television. He has written an episode for new anthology series Soulmates currently airing on AMC in the USA. His work is published by Nick Hern Books and Samuel French. 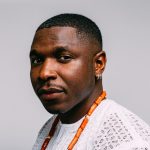 Writer and Poet Yomi Sode has been performing his art for the past 10 years. Highlights include opening for Saul Williams and The Last Poets, with appearances at Yahoo! Wireless Festival, Latitude, Lovebox, Olympic Village, Sadler’s Wells Theatre as well as working with Channel 4 and BBC Radio 1xtra. He runs a successful monthly Poetry night in Shoreditch, he is a member of Malika’s Poetry Kitchen, he has had work commissioned by The Mayor’s Office, BBC World Service/ BBC Africa, various charities and was presented at UN Humanitarian Summit by Gordon Brown. Yomi founded BoxedIN in 2012, a quick fire, free Poetry night at Boxpark in Shoreditch. In 2014 he won a place on Nimble Fish’s RE: Play programme to begin developing his one-man show COAT, which premiered at The Roundhouse in 2017 and had sold out in the first 24hours. Yomi was selected as 1 of 10 Poets to join The Complete Works in 2016. He also travelled to New York City as part of British Council’s Shakespeare Lives initiative to read his work at the New York Public Library. Published works have appeared in Rialto Magazine, Bare lit and 10: Poets of the New Generation, Bare Lit Anthology as well an essay contribution in SAFE: On Black British Men reclaiming space. In 2019, Yomi is one of three writers awarded the Jerwood Compton Poetry Fellowship.

Back to South London Stories