Join us for the third sharing of our Charting the Mayflower research journey. The Arrival looks at what happened after the Mayflower left England.

In an attempt to subvert the idea of ‘Thanks’ giving, the Arrival welcomes you to take your place at a table to taste food, listen to stories and consider what happened when two cultures met.

In 1620, 132 people boarded a ship from England to what was then thought of as ‘The New World’. Among these passengers were separatists, fleeing religious persecution, and a crew of 30 men, many of whom were from Rotherhithe. About half of them were ‘Strangers’, people who were not leaving for religious reasons; but due to circumstance, trade, or as indentured servants. They landed off the shore of Cape Cod in December 1620. To bridge their differences and forge a way of living together, they created The Mayflower Compact, which was signed by men of age. This document, and the story of The Pilgrim Fathers, has shaped the founding myth of modern America, and the 400th anniversary in 2020 of the Mayflower voyage is being marked internationally.

All are welcome to this free event, although booking is required.
Please book your tickets using the form at the bottom of this page.

Under 12s must be accompanied by an adult.

To find out about the two previous phases of this project, please read Leavings and Journeys.

We would like to thank United Saint Saviours and the City of London Corporation for their support.

To purchase a ticket to this event, select a date / venue below and click on the book now button of your chosen event. 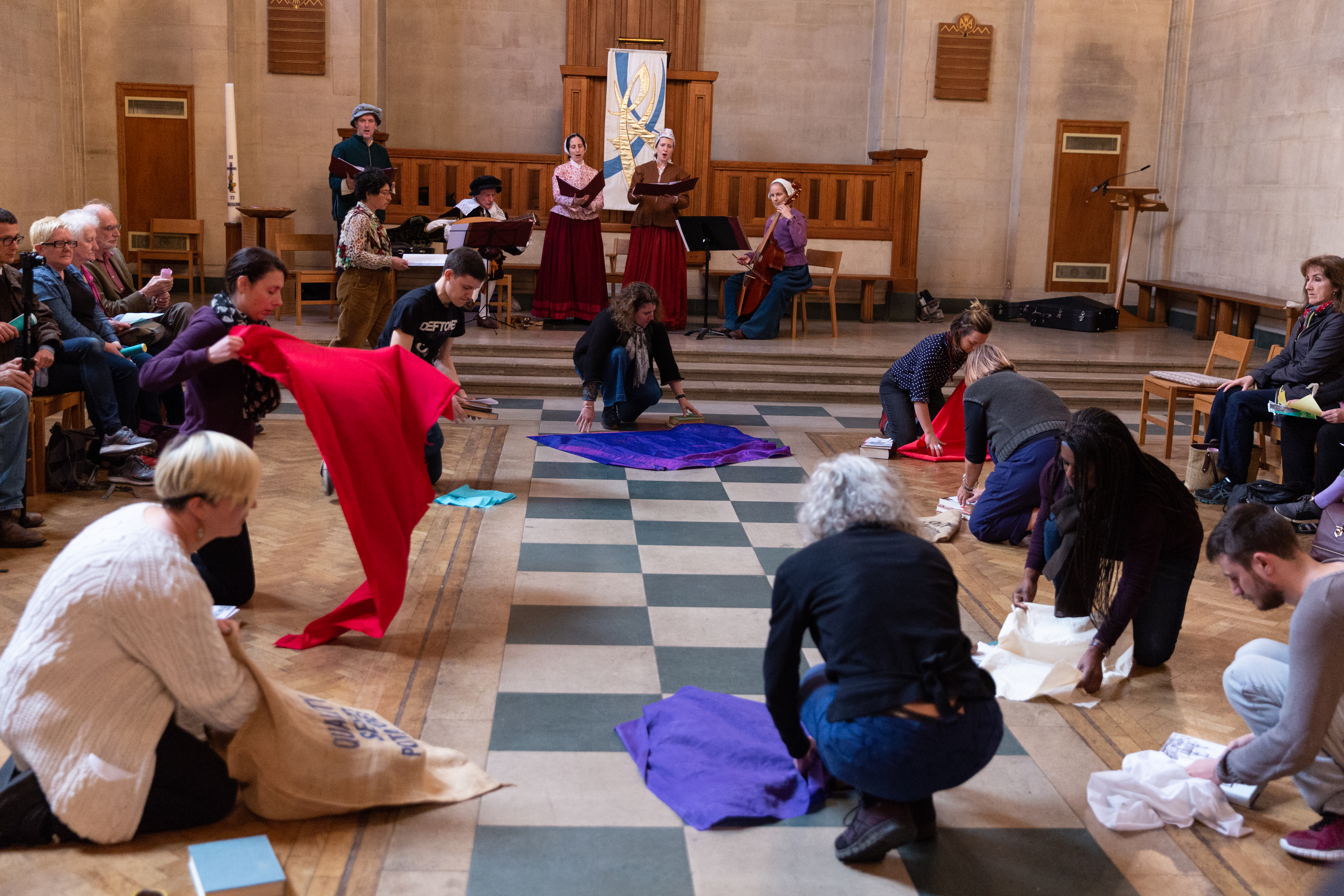