Join us on Saturday 18th May for our next Charting the Mayflower public event.

The Deal is an interactive research performance which will explore the motives of the Separatists (who formed the bulk of the passengers on the Mayflower), their negotiations with King James I, and the role of the City of London in the financing of the voyage. Get a sense of the powers at play during the birth of modern capitalism, and how the lure of money and desperation to start life anew in America were at the root of the modern myth of the Mayflower voyage, with the City of London and two of its’ significant churches as the backdrop.

We will start at the Dutch Church,  a site of refuge for protestant refugees in the Sixteenth century, before winding our way through small roads, squares and alleyways to arrive at All Hallows Church, the oldest church in the City of London.

Passamezzo, experts in sixteenth and seventeenth century music, will set the scene with songs and dances from the time. We hope you will join in!

All are welcome to this free event, although booking is required.
Please book your tickets using the form at the bottom of this page.

Under 12s must be accompanied by an adult.

Both sites are fully accessible, but please note that there is a 15 minute walk between venues.

We would like to thank United Saint Saviours and the City of London Corporation for their support. 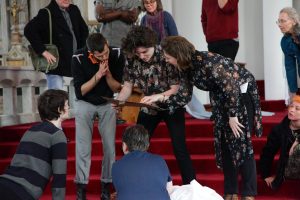 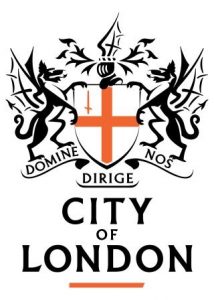