Last Thursday evening, everyone on board the Mayflower project explored ‘Encounters and Influencers’, the moments we meet people and the effects they have on our lives.

We began with a physical warm up of walking around the space, recognising and experimenting with where we held weight in our bodies. As we wandered, we challenged the relationships between where this was held and the emotions we associated with those feelings. We then began to encounter and influence each other through the movements we were doing.

Once we had separated into pairs, we developed images of ourselves with a person in our life that had influenced us in some way. This activity made me realise how many people had influenced my life and I found it hard to pick just one, but reminded of the theme of journeys I knew I had to pick my first long-term partner, Anna. Anna and I were long distance for the first year of our relationship and so there was plenty of travelling and many goodbyes. I was working with David and he spoke very fondly about a woman he used to work with in a factory line. I really felt connected with all the people prevalent in our conversations, and this feeling continued throughout the evening.

We then met the ‘influencers’ of the Mayflower voyage; four of the people that we hadn’t explored much, but that had a significant contribution to the whole story. Using paper templates of bodies that I had prepared earlier, in groups we researched and mapped out their lives. 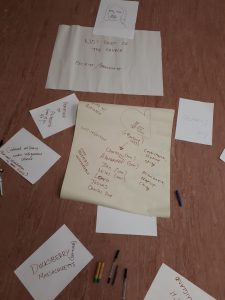 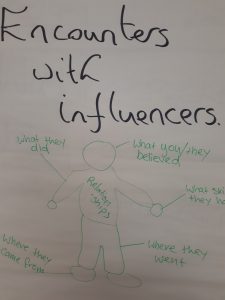 The four people we researched were Edward Winslow, Myles Standish, John Robinson, and William Brewster. I was with the Winslow group to begin with, but moved to assist with Miles Standish, someone who as I learnt more about, I felt more of a connection with. The thing that caught my interested was what I like to call, the Standish standoff, but historians call the First Encounter. When Indigenous Americans attacked the colony, Standish attempted communication instead of resorting to violence. Standish was the colony’s military captain and approached most situations with strategy, including his personal relationships.

After each group shared their new friend, we used the paper to create puppets of these people and explored making an encounter between the people physically, investigating how the puppets moved and navigating having multiple handlers work together to achieve this. We closed the session by bringing back the people who had influenced us and remembering them with a movement. 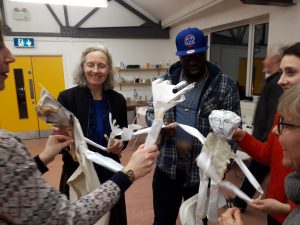 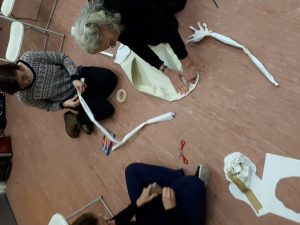 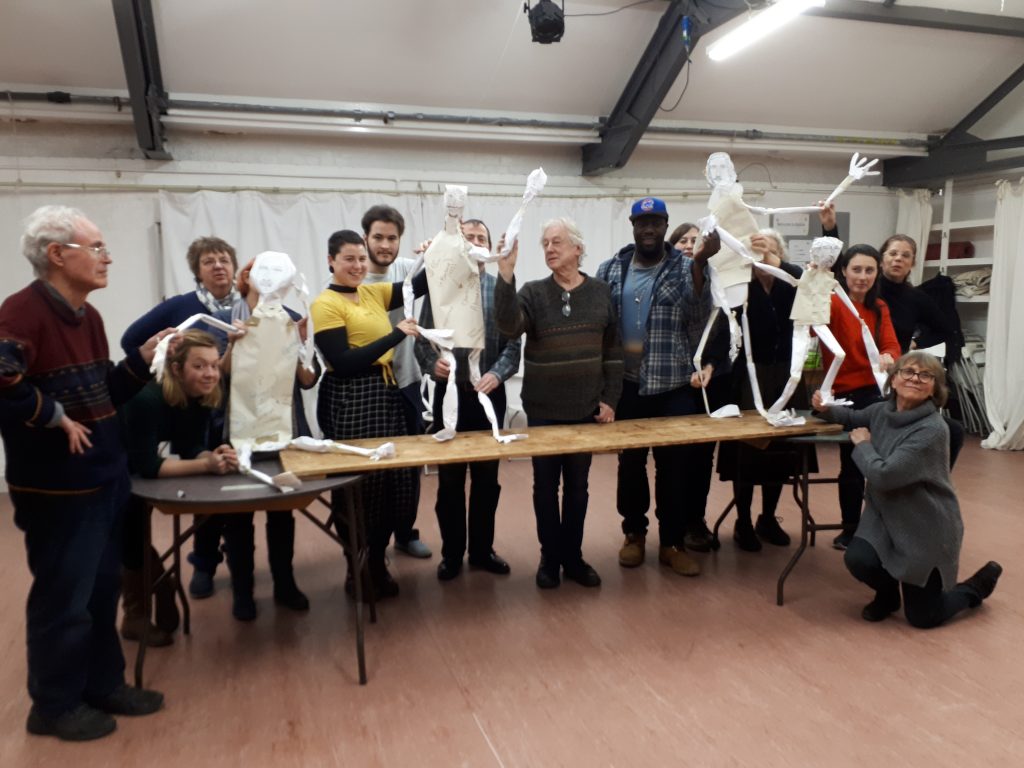 It is now my last week of my internship and many of my reflections have been about the people I have met during my time at Bubble. Every single member of staff, volunteer and participant I have encountered has influenced not only my practice as an artist but also me personally. Hopefully, in my endeavours in bringing this work back to Melbourne, I am able to maintain the connections with the Bubble Company and community.

On the agenda was children’s play, children playing, children in plays, any which way you want to mash up those...

Day 2 of creativity, well being and open Bubble week