And We Just Keep Charting… 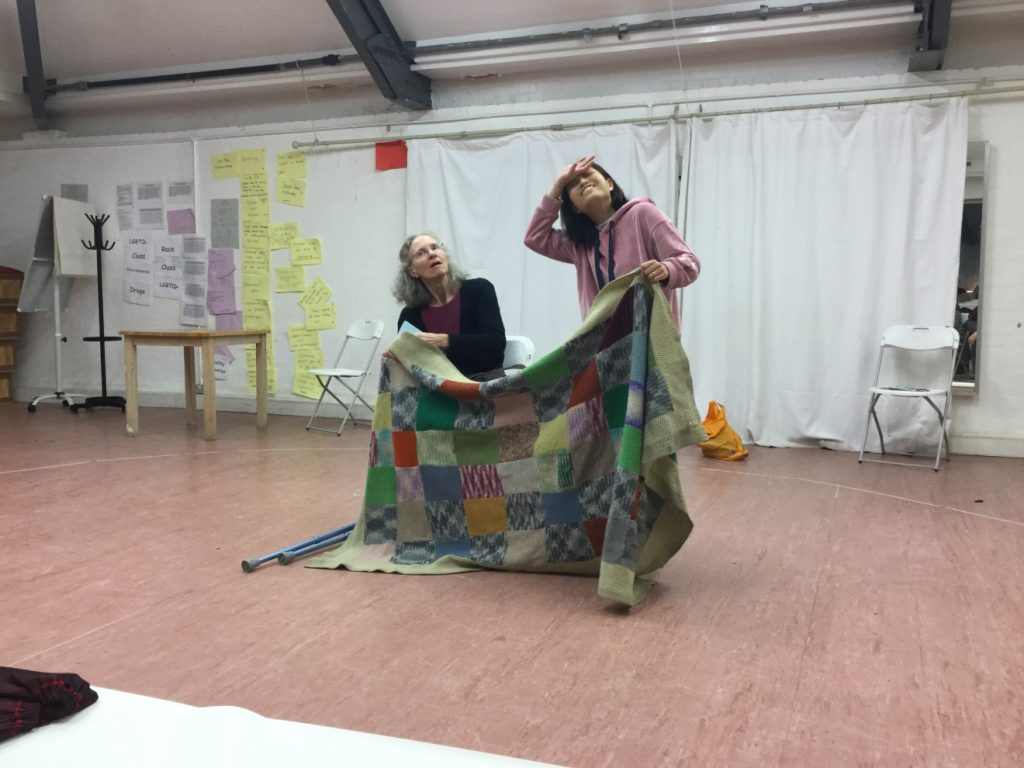 Last Thursday evening we started by welcoming new members of the group and sharing the basic Mayflower story through a rough acted out telling. I enjoy any opportunity to piece together what we’ve learnt from the talks from historians, looking through documents and performing vignettes and short dramatic pieces. I’m often surprised how much we know of the Mayflower’s passengers, the reasons why they left Europe and how they raised the money for the enterprise etc.

Each retelling establishes the group identity for that night—collectively we know a lot—individually we have to grapple a little with the order of events, names and dates. Filling the gaps becomes part of the process and the rest of the evening can be spent investigating themes and events set up by Peth, but always in collaboration.

Most of what we have looked at recently has come from the reports from the settlers to America. The Native Americans accounts rely on oral and cultural modes of transmission and these have become disrupted by the massive loss of life to the native population brought on from the diseases from European contact, cultural misunderstandings and wars with the new settlers. Despite the challenge to reveal all sides to this significant story of migration, we’re developing a creative practice that allows for us to recreate what we discover through improvisations, games, drawings, displays and discussions.

Later in the evening we work with a partner to research the key year 1623. Using books and phones we zoom in on a specific event which we will share with the other participants. My collaborator and I looked at Miles Standish. Reknown General or Colonel Shrimp? It depends on who is referenced.

Miles Standish was involved in the confused skirmish in Wessagussett settlement, where local native Americans and colonists were in dispute over crops and property. There were deaths on both sides. Miles himself killed one of the Native American chiefs because it was said he had been insulted. Eventually the Wessagussett settlement was disbanded and the remaining colonists moved to New Plymouth. The impact of this event meant that relationships between the Native Americans and the colonists were hostile or at least wary from then on. 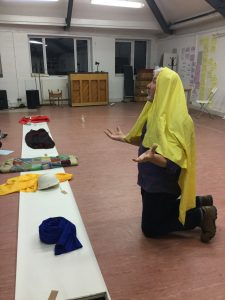 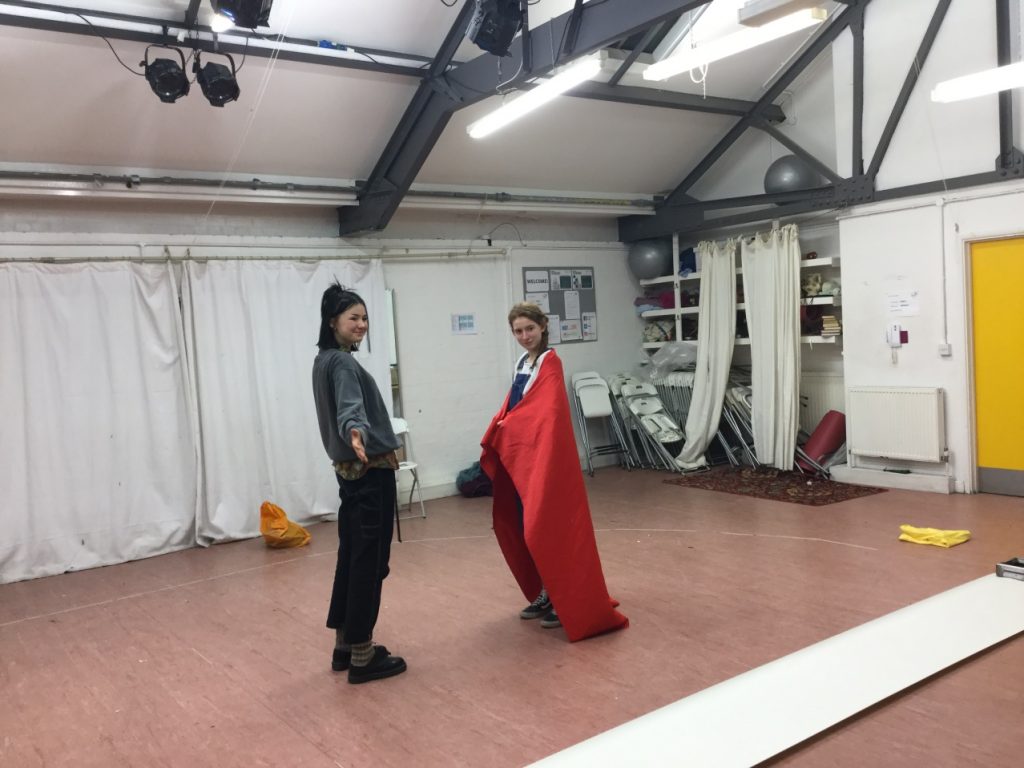 Other pairs had taken different sections of the timeline. We were all asked to present our research using a piece of fabric. In each group’s hands the fabric became prized heads of corn. A bed. A dagger. A really interesting way to spend a Thursday evening. 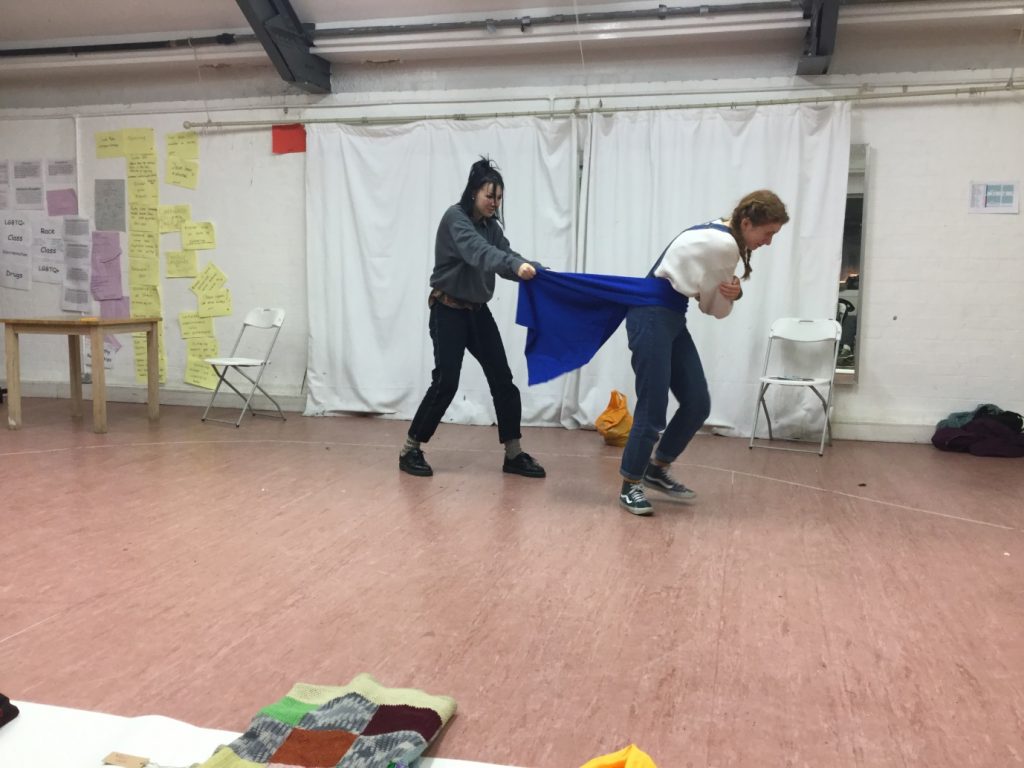 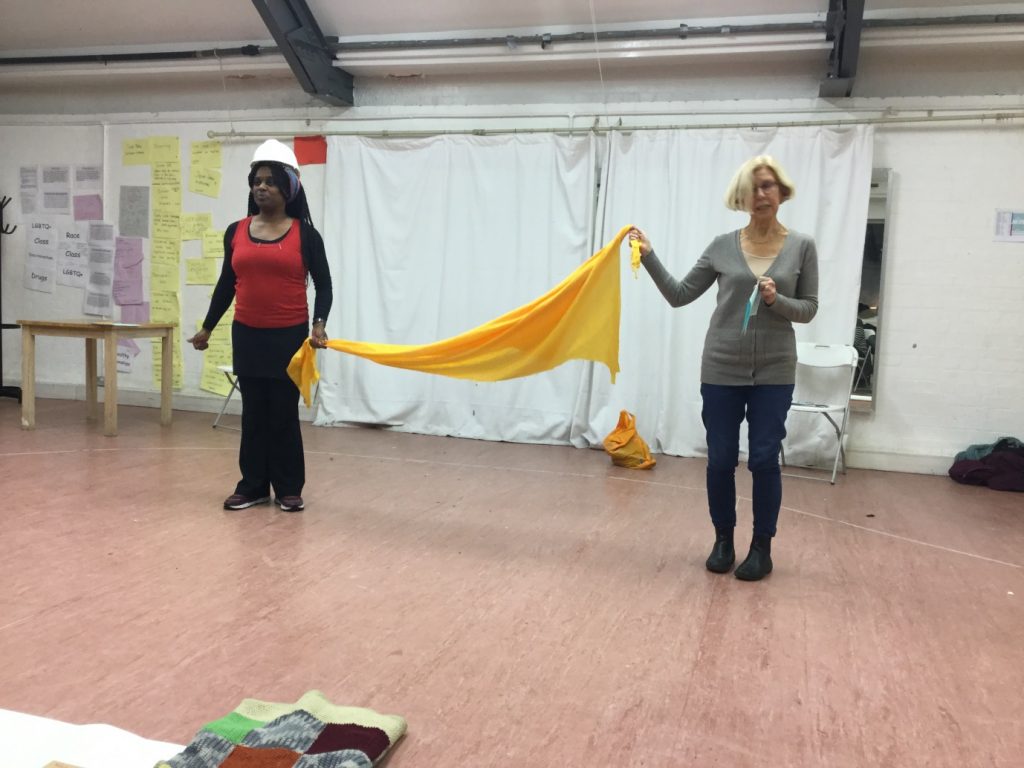 I find the mixture of research and dramatic rendering an excellent aide-memoire. Dealing with the ideas and issues of the past in the context of what is happening now is never far from our discussions. I feel fortunate to be part of a community of amateur investigators and I’m looking forward to exploring the (first)Thanksgiving tonight…

I accepted an invitation to help on a project directed by Helena Rice at the Bubble Theatre Company. I was...