Grandchildren of the Blitz

In London, between the 7th September 1940 and the 10th May 1941, 21,000 people were killed and one million houses were destroyed or damaged by bombing.

The docklands and the surrounding areas, where London Bubble is based, were a key target for this bombing. Many of the houses, buildings and some entire streets were completely destroyed. The entire landscape of the area changed, as did the lives of the people.The area has now been completely redeveloped, the damage to the landscape is hidden, but what  about those people who lived through it?

Grandchildren of the Blitz is set out to explore the local history of Bermondsey, Rotherhithe and Deptford, to uncover the experiences and stories of those who lived through the Blitz and to make a community performance about what we find out.
From summer 2010 a team of young interviewers talked to the people who were children themselves during the time of the Blitz.
From Autumn 2010, we ran intergenerational workshops to explore the material gathered by our interviewers and researchers.
We then invited a director, writer and designer to join us and help us shape this into a performance.

The resulting production of Blackbirds opened at Dilston Grove, Southwark on the 10th May 2011 – the 70th anniversary of the last night of the Blitz.
Following a sell out run that May, the show subsequently toured to The Albany, The Pumphouse Museum and Canada Water Culture Space between October 2011 – January 2012.

Grandchildren of the Blitz – Bubble Evaluation 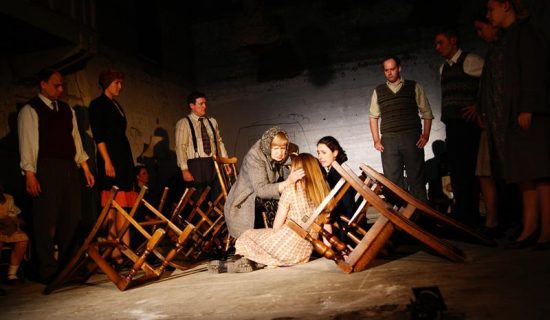 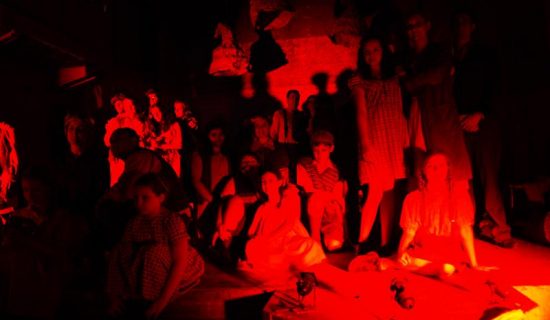