Rivers and People was a free ticketed public performance set outdoors in Ladywell Fields (Lewisham) presented by local artists and residents working with London Bubble Theatre Company. The event was designed to celebrate the regeneration of Ladywell Fields and the River Ravensbourne. It was attended by a total audience of 450, ranging widely in age and diversity.

Rivers and People took place on the evening of Sunday, 16th September 2012. It was a free ticketed public performance set outdoors in Ladywell Fields presented by local artists and residents working with London Bubble Theatre Company. The event was designed to celebrate the regeneration of Ladywell Fields and the River Ravensbourne. It was attended by a total audience of 450, ranging widely in age and diversity. Responses to the park and performances gathered through Survey Monkey were detailed and positive.

London Bubble set out to involve a wide range of local people by conducting a ‘shout-out’, through press, leaflets, emails and social media. A database was compiled, targeting local organisations, schools, arts networks, online forums, small community groups, sports venues, pensioner groups and youth clubs. Park users were contacted via word of mouth with a short message that the plans were being laid for a magical evening of mixed performance and art that would celebrate the flora, fauna, and people who use Ladywell Fields and enjoy the Ravensbourne.

The process started with a general “shout-out” to potential partners. 13 individual artists and 5 creative organisations responded, ranging from film makers to poets via an exercise group for older people.  To bond and inform, we took everyone on a guided river-wade and them gave them a stimulus pack including the history of the park, photographs, lists of species, recordings of older people’s recollections, and a new “myth” describing the disappearance and return of the Ladywell Naiad – or river spirit.

The artists and organisations then told us how they wanted to contribute, what it would cost and who it would involve.  Proposals included soundscapes, art made from recycled objects, a river driven musical instrument, storytelling, singing, film and synchronised dog walking. Responses also included a number of people who didn’t know what they wanted to do, but just wanted to get involved.

We continued to engage other, less likely participants such as dog walkers, young park users and the local Adventure Playground Youth Workers. Park users joined recycled art workshops using plastic bottles discarded in the park to make insects and chandeliers which would light the trees after dark.

After two further meetings we formulated a journey. Audiences would walk beside the river Ravensbourne, from Catford to Ladywell, encountering scenes, songs and soundscapes. Their journey would take just over an hour and would be linked by the story of the Naiad bracketed by children and elders at each end.  In the last few days new contributions were forthcoming. Spoken Word artist Aisha De Burgh cut against the sweetness of the project by creating Every Troll which would declaim from beneath the bridge as the audience tip-toed across. And roller-bladers worked with the youth workers at the Adventure Playground to create two skating snakes, costumed by Ian the recycler.

The final touches were provided by volunteer river maidens who looked after the audience and encouraged them to write wishes to their future selves and pop them into a bottle. These bottles were then passed over to the Water Boatmen who floated them downstream to be considered by The Naiad. The audience walked the same route passing dogs, choirs, film, stories and sounds eventually coming to the Naiad, a beautiful costumed woman, sitting in the river, reading and considering each wish.

Our own wish had been to feature the river and foreground the park, to involve local people in animating the natural spaces with light touches and to attract an audience to see the park in a new light (or dusk). In the event it was very special. 5 sold-out audiences of all ages fed back positively how much they had enjoyed the experience,and the artists and participants seemed to be stimulated by, and gain from, the process. And, May – the Bubble’s advisor on canine matters, got some proper performing experience, which she will of course, feed into future decision making.

“The evening was magical. I loved the whole thing. I thought it was so creative and imaginative and quite unlike anything I have seen before. Absolutely brilliant. I also loved the way it involved users of the park from all backgrounds and ages. It was really inspiring.”

“I think Lewisham is doing a great job transforming some of what was previously scruffy unused land into beautiful places where more people can come and enjoy rivers and nature. It’s brilliant and they should do as much as they can to continue this as possible because it makes you feel so good about where you live.”

“It brings out the community, makes people feel more connected to one another and their environment, and gives the park a new life through the stories and memories of the performances.”

One of the artists, Jay Harris has written this blog piece about the project. 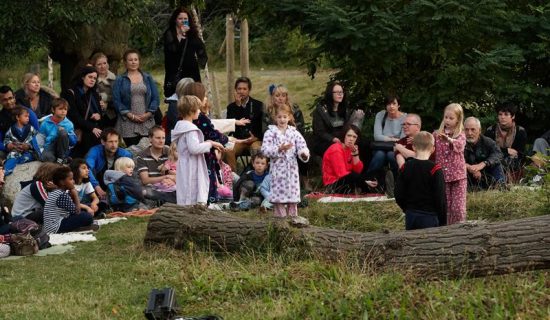 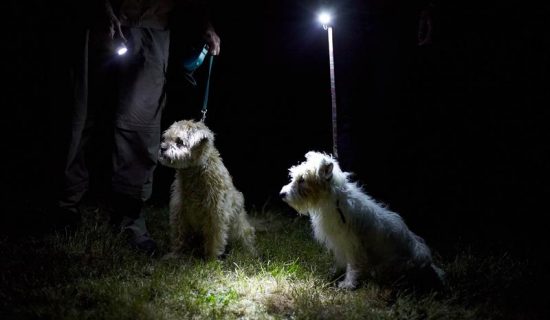 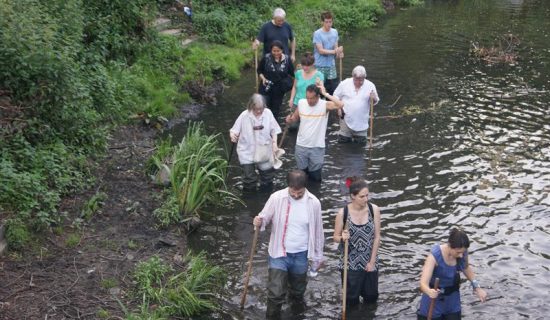