Bubble Participants to take to the stage @The Globe! 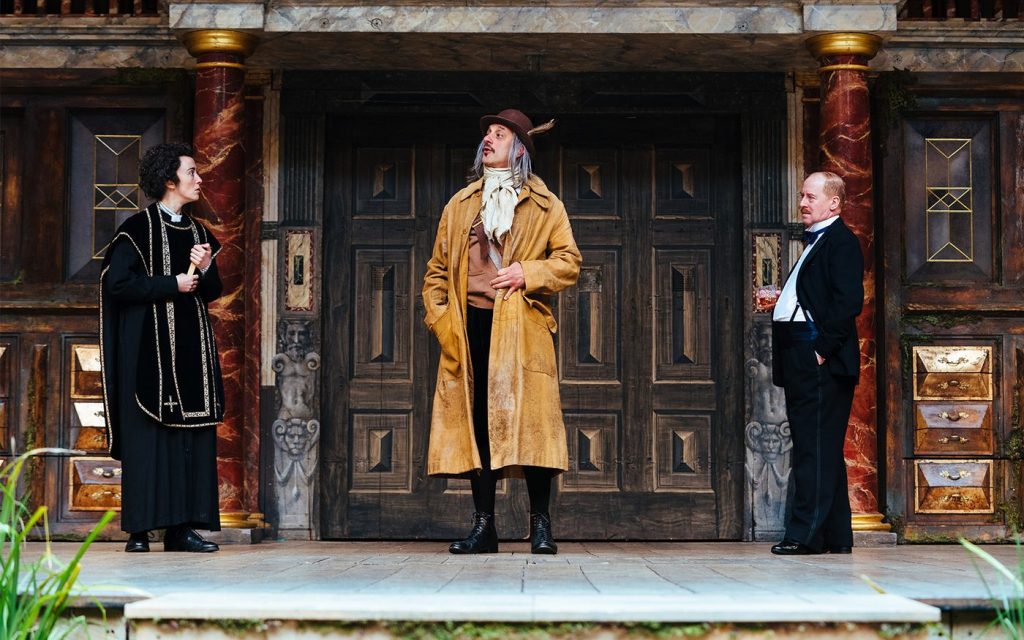 Wow, what an opportunity! Ten of us – Bubble participants of different ages and experience – are about to step onto one of the most famous stage in the world the Globe Theatre on London’s South Bank. Yes, that’s right – Shakespeare’s Globe! Through a link between the Globe and London Bubble, we’ve been selected to play the townsfolk of Windsor in the summer production of The Merry Wives of Windsor. We’re known among the Globe crew as the Windsor Locals, and we’ll perform alongside the professional cast, featuring strongly in the final act, while helping to create the sounds, shapes and atmosphere of the whole show.

Director Elle While has chosen to set the play in the 1930s, so when the audience starts to arrive in the courtyard they’ll encounter a variety of working class characters (us!) going about our daily lives.

There’s a pub scene, with a fight, and there’s some magical trickery in Windsor forest, when the townsfolk disguise themselves as fairies in order to trick Sir John Falstaff. There’s some great swing music, and we’ve had to learn some lindy hop steps. The show has already opened so we’ve all had a chance to see it, with a different group of Windsor Locals. It’s a pretty madcap production, lots of music, a bit of slapstick, a moody sarcastic Falstaff, and some surprises for the groundlings – that’s the audience who stand close to the stage, paying just a fiver.
We’ve had loads of fun already, rehearsing at the Globe’s studio twice a week, under one of the Globe’s associate directors Martin Leonard and choreographer Jess Clough-MacRae. We’ve been rehearsing on the Globe stage itself, this past weekend, including a technical rehearsal, and we open TONIGHT. That’s this Monday, June 3rd!

Bubble players will feature as the Windsor Locals in all of the performances until 28 June. You can watch the show for just a fiver, or book seats through the Globe.

We’re enormously grateful to Bubble and the Globe for this amazing opportunity, and hope that audiences will have as much fun as we expect to.