On Thursday the 6th of June, I took part in the intergenerational Charting the Mayflower workshop. We discussed the effect of the Pilgrims’ arrival on the Native American population.

We began with a physical warm up, before settling down to watch a video about Native American culture and customs. It was by a Native man, who specialized in this topic. He explained that they believed that every object, person and animal contained a spirit, and that faith was considered very personal: your faith concerned only you, and another person’s was none of your business. However, the Pilgrims felt that this did not constitute a religion, and would try to convert them. He added that, in the interest of good manners, they would listen to and agree with the missionaries, before continuing to practice their faith as they saw fit. Their attitude to trade was different too. Generally, their exchanges would be reciprocated gifts.

We worked from this idea. First, we split into three groups and where assigned either the task of creating a story or a piece of jewellery, each based of an aspect of the nature of New England. There was a group who created a story as too how a particular bird got its markings, and jewelry either inspired by the climate or the wildlife of New England. My group decided to make a piece of jewelry based off the Orange Sulphur butterfly. We proceeded to go to the park to gather leafs, flowers and twigs to create our artwork. We made a crown that we gifted to the facilitator. 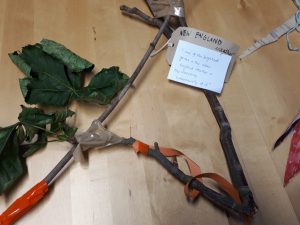 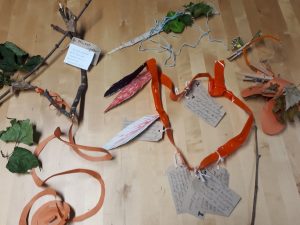 He then asked us to gather round a table on which he had arranged about 360 buttons in the shape of Cape Cod. We were asked to each remove 24 of the buttons while he played us another video by the same man, this one discussing the consequences of the epidemic brought by the colonizers. Before their arrival, the Native American people were spread across the entire area and numbered in the hundreds of thousands. On arrival, the colonizers spread diseases that the Native Americans had never come across, and their population was decimated. Nineteen out of twenty Native Americans died in the epidemic.

The whole workshop was extremely powerful and thought provoking. Look out for the culmination of the Charting the Mayflower project. 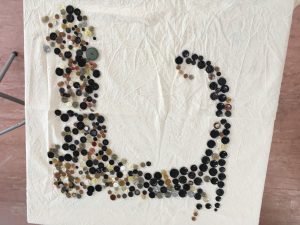 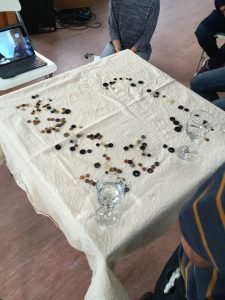 Having read ‘Lean In’ by Sheryl Sandberg, some employees of Norton Rose Fulbright wondered what advice they might give their...

Mon 2 June: The Start of Something