Join us at our online South London Stories Premiere event or look out for each of the films on social media in February. 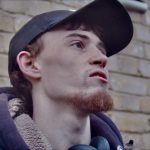 developed with and performed by Glen Edwards

Glen says: “Its about a guy and his best friend and how he feels like he has to not be emotional, to be a man, as a man never shows his true emotions as a stereo type”. 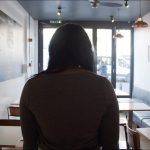 developed with and performed by Shanice Reynolds

Shanice says: “Working as a waitress, there is more to see than just customers , the window of the cafe is the key to looking out of to have an idea of how things have changed” 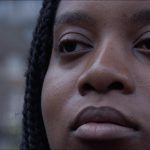 Home Is… written and performed by Elyce Dowell

Elyce says: “My piece is about my experience growing up in Lewisham and the atmosphere and vibe it’s known for”. 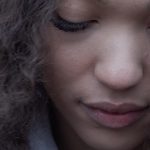 developed with and performed by Alicia Pope

Alicia says: “After attending a BLM protest, aspiring journalist Beth Hudson inadvertently becomes the face of the movement. Due to Beth’s mixed heritage, issues spark up regarding her race, skin colour and privilege which leave her conflicted. Should she use her voice or give someone else a chance to speak?” 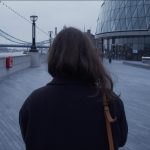 Tell Us Something Interesting by Sid Sagar

developed with and performed by Kc Gardiner

Kc says: “The piece is a stream of messy thoughts of a girl who’s just come out of a brutal interview. She’s confident and self critical. optimistic and terrified. wants the job but can’t think of anything worse than getting the job. Ultimately it’s about someone struggling with who they went to be.” 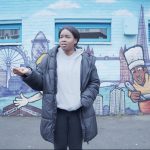 The Ballad of Josiah Kamara written and performed by Florence Williams

Florence says: “A story of a young boy from South London who wants better for himself, despite the obstacles against him.” 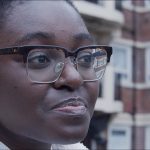 Abena says: “It’s a real impression of past and present South London – the smells, tastes, sights. You get to meet my family and see how the area is changing, from the eyes of a young black female.”

Back to South London Stories